Penguins eat only seafood such as krill, squids, small fish, and crabs; they don’t prey on any plants in the marine. Hence, penguins are carnivores. Almost all the species of birds are carnivores. Penguins are efficient swimmers to reach the prey and their strong beak help in holding the food without slipping down.

There are almost 17 living species of penguins, where each species has different food preferences depending upon the region where they live. During summer penguins consume a lot of food than during the winter.

The quantity and the type of food also depend upon the species. Bigger sized penguin species like emperor and king penguins consume fishes like anchovies and sardines but, the small-sized penguins like little penguins and African penguins can only have crustaceans and small squids as the main portion of their food. 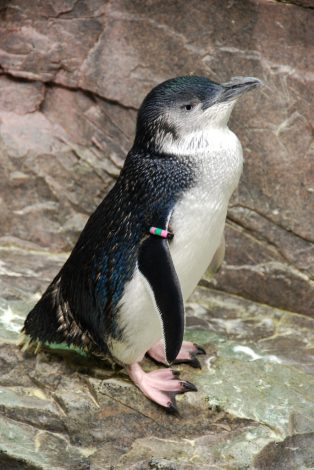 Few species of penguins like Adelie penguins consume an extremely large quantity of seafood which leads to seafood inaccessibility in some regions. Like any other bird species, penguins also doesn’t have teeth. They have fleshy spines that face backward, and it helps the prey crash, especially the fish and supports in easy digestion.

The bristly inside of the penguin’s mouth also helps in holding the prey along with the strong beak. Since penguins live in the icy Antarctic and the surrounding waters, they have to be an efficient underwater hunter, with which they naturally equipped.

Penguins have greater ability to swim in the ocean than walking on the land. They also can stay underwater for around 25 minutes. Emperor penguins and king penguins can stay in the water for a long time when compared to other small species of penguins.

Penguins reach the prey swiftly and also swallow the food when they are underwater. Penguin’s body has glands that can deal with the salt water since they spend their lot of time in the ocean.

The connection between piscivorous and carnivorous:

Since bigger species of penguins eat anchovies and sardines in large quantity, termed as piscivorous. Piscivore’s diet consists of carnivores’ diet. Penguins eat krill, squid and small fishes which makes them fall in the category of piscivorous and also carnivores. Other birds are primarily piscivorous.

It is not necessary that piscivorous eat only fish; they can also eat other small prey of the marine world.

Penguins’ eyesight is powerful when they are underwater and can target the prey efficiently. The move of penguins in the ocean is quite hard for the prey to escape. The camouflage body does not only help to protect them from the predators but also the prey can get confused to figure out the disguised danger.

During molting season, penguins do not go into the ocean for hunting. They get enough food before the molting season to combat the cold. Males incubate the chick where female goes for hunting and feed the half-digested food to the chick. The food for the chick mainly consists of krill and squid where crab and fish lie in the last of the menu list.

Penguins can adapt to the changes accordingly, but they face a lot of threat with the present changes in their marine life. There is a drastic decline in seafood in the regions where penguins are endemic. The lack of food source has led to the migration of species and struggle for the living.

Since penguins are carnivores, they have a lifetime dependency on small marine creatures. The less of seafood availability, climatic changes, and human threat have increased the mortality rate of the beautiful creature on earth.