How Long do Emperor Penguins Live?

Emperor penguins live in Antarctica where they have very extreme conditions. The cold there is unbearable for most animals, birds and even humans living on the planet.

These penguins migrate immensely and spend many days without walking over ice and without food. They also take care of their offspring during weeks under adverse conditions. Despite this hard way of life, the average life expectancy of emperor penguins is up to 20 years.

Penguins are away from pollution and other disturbances. But weather conditions give them a return of the advantage of living far away from humans. Unfortunately, Emperor penguin chicks have a high mortality rate of 90%, during the first year of life due to giant petrels and skuas predators. 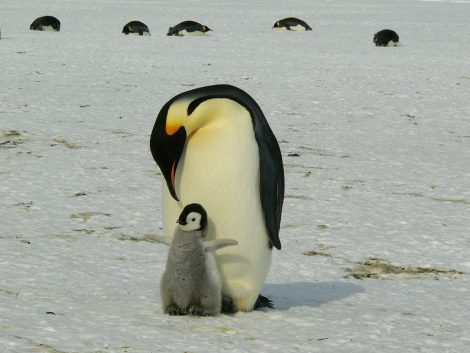 In the 20th century, Emperor penguins were considered to be some evolutionary “missing link,” something that scientists could have proven by observing the growth of the embryo at various stages.

Penguins are wild animals and live in areas that are not close to civilization; it is a little bit difficult to determine how long they live. On top of that, each species has a different lifespan. Penguins live between 10 to 20 years there are also some cases penguins who reached the age of 25 years. These Emperor penguins are also found in zoos and Sanctuaries.

Unfortunately, the effect of humans in the world through climate trade is liable for changing the lifespans of penguins throughout the globe. Given the variety of ocean habitats wherein distinct species live, the actual impact of climate change on penguins varies drastically, but the ones observed in the Antarctic Peninsula, consisting of the emperor penguin, are the most at threat.

In Antarctica, a rapid increase in temperatures is leading to a reduction of penguins in sea ice, causing diminished availability of food and early mortality rates for chicks who are not yet prepared to swim in the vast ocean. As a result, the response to “how long do penguins live?” is in the process of changing at an alarming rate.

On winter, Emperor penguin colonies have fast ice that is ice-covered and attached to the land from autumn pending begins to break up in the spring. They are found all around the coasts of the Antarctic continent. They breed during the depths of the Antarctic winter and in some of the most desolate, coldest, windiest and downright grim places on the planet during the season of 24-hour darkness.

What Do Emperor Penguins Eat?

Where do Emperor Penguins Live?

How Tall are Emperor Penguins?