Yes, penguins live in Hawaii. As we all know, penguins are endemic to Southern Hemisphere, where few species of penguins live in temperate regions like South Africa and one species live near the north of the equator called as Galapagos penguins.

Penguins that live in Hawaii are not the natural residents of the region; they have introduced some years back. Many of us will be surprised to know that there are penguins in Hawaii.

Hawaii and its habitat:

Hawaii is a southernmost U.S. state. It is the only U.S. state that is surrounded by water and not connected with any other neighboring states. It has eight main islands, few smaller islands and islets.

The Hawaiian Islands formed by the volcanic activity and in the 18th and 19th century the state has faced damaging earthquakes along with tsunamis.

Hawaii experiences a tropical climate. The place doesn’t experience snowfall. The dry season is from May to October and the wet season is from October to April. Hawaii is the place which receives the largest rainfall and it is the second highest region that faces abundant annual rainfall in the earth.

Then how does Hawaii can be suitable for the penguins?

Many of us think penguins can live only in a cool climate which is covered by snow. But, it is not the reality.

Penguins such as emperor penguins, Adelie and gentoo penguins live in true Antarctic regions whereas, other penguin species live in the sub-Antarctic and other temperate zones like New Zealand, Australia and South Africa. 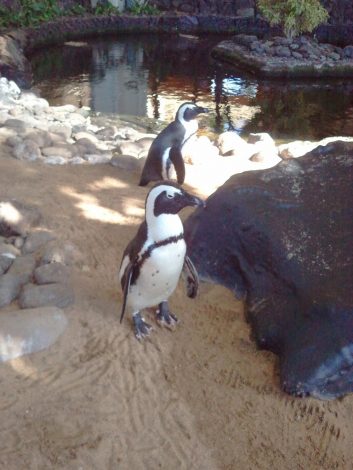 Places where we can find African and Humboldt penguins in Hawaii?

Waikiki Beach Resort, Hilton Hawaiian Village and Hyatt Regency, Kaanapali Beach, Maui are the places where you can find the African penguins. Since the black-footed penguins found endangered, they have been taken care under survival programs that are created to conserve the species.

Researchers and the zoo authorities are the only permitted individuals who can go near the penguins under special surveillance.  In Hyatt Regency resort, Maui, during the world penguin day you can find the black-footed penguins in the parade.

You can enjoy seeing the cute penguins swimming, waddling and moving around. Also, there is one more place that is the, Honolulu Zoo which has four male endangered African penguins. If you plan a trip to Hawaii you can visit the small sites of penguins.

Sea Life Park is a place where you can also find a few adorable Humboldt penguins in the parade.

The pink skin is extensive in Humboldt penguins than the African penguins. 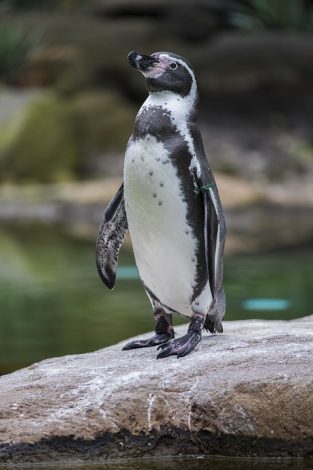 However, they can go to the ocean and find their prey, African penguins and Humboldt penguins in Hawaii kept under captivity and they can only have the food that is provided by the zoo authorities which consists of their most preferred and favorite diet.

The great thing is that, both the species will survive long lifespan in captivity until there is any natural or biological trouble in the species. In captivity they can live up to 25 to 30 years.

You can travel to Hawaii to see the wonderful species by cruises that start from certain places in the United States. There are inevitable programs that are conducted by the zoos for the visitors to enjoy the sight of the African and Humboldt penguins.

In Hawaii you can get the opportunity to see the penguins easily if you are at the zoos where they are in captivity. Seeing the modest creature waddling might be hard in the wild but since, they are in a protected area in Hawaii, you can find them with ease.

The only disheartening thing is that, there are no penguins in Hawaii that have formed natural sites and they are also found very less in numbers. Hope, these species grow in the wild and never face extinction.