Mainly, emperor penguins are one of the foremost species that are threatened by the declining of sea ice, which reduced the availability of krill that are the main food of penguins in Antarctica. 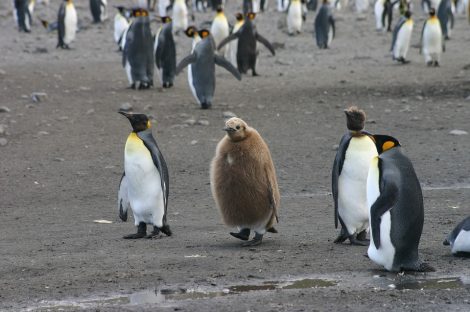 Also, penguins are sensitive with the lessening fish population caused by overfishing done by the humans.

African penguins have the peak hearing sensitivity between 600 to 4000 Hz. Every species of penguins has its unique call which can be identified by their families even if there are hundreds of penguins in a colony.

Penguins though sensitive towards touch, they are curious enough to follow humans for few steps. If any noise of threat heard, they stay alert and waddle faster.

Like any other birds, penguins are also sensitive for sounds, and their hearing ability is good to survive in the wild.

Penguins have a good sense of vision under water and also when on land. They can easily find their prey and obstacles underwater. Penguins are sensitive to violet, blue and green color.

Penguins are highly adaptable when it comes to food. They can consume seafood like krill, fish, squid, and crab according to the availability in the region. The depletion of food sources reduces the population of penguin species.

All the 17 species of penguins have a different kind of adaptable techniques since; few penguins are living in the Antarctic and few in the sub-Antarctic islands and one species near the north of the equator. 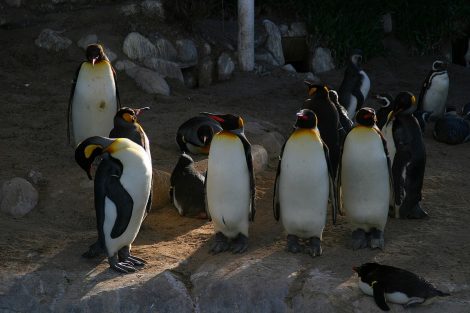 The lifestyle of the penguins is highly affected by their breeding and egg-laying season have been abnormal which have led to the depletion of species.

Studies say that penguins also have a good sense of smell to find the prey and their family members. Since penguins are birds their sense of taste is quite hard to determine.

Penguins’ binocular vision helps in deep sight to figure out the still and moving object. The hearing ability of penguins is much greater when compared to the sense of smell.

Penguins even being sensitive to climatic changes, they have the own natural ability to migrate and change their colonies to survive by choosing the better habitat for breeding.

The climatic changes affect the penguin’s eggs and add a lot of challenges to raise the chicks and thus, push the species to be vulnerable to extinction.

The food web and the lifestyle face tremendous changes in penguins’ life when they experience the threat due to climatic fluctuations.

Since the penguin’s body covered by a layer of fat called blubber; there is a need of a large amount of seafood intake to survive the harsh cold to maintain the body temperature and help add the fat.

When there is a fail in the natural contribution of food source, the penguin species are in the list of greatly vulnerable flightless bird species.

Apart from penguins being sensitive to global warming, there are inbuilt advantages that penguins have to battle the challenges. The flat cornea helps penguins to have good vision underwater, and they can also see into the ultra-violet array of the electromagnetic range.